The wind of change is blowing through this continent. Whether we like it or not, this growth of national consciousness is a political fact.

From the influences of nationalism and industrialization specifically, citizens from Africa were slain by many. The video opened my eyes in that Africa did not give up in their plight to gain their independence through countless wars, and many fell because they were simply outgunned. The British narrative would say otherwise, that the Africans welcomed their presence with resistance but met with consequence in order to transform their lands into money-making machines. ​Reading a narrative like Joseph Conrad's Heart of Darkness gives the impression that the Brits took control of the Congo for the sole reason of exploiting its land for natural resources with a blatant ignorance for its people.  This business-focused approach is what British imperialism comes down to. There were atrocities that happened to the Congo people from violent treatment, as well as an overall consensus that anyone who didn't have white skin was inferior, more so threatening to British rule, to those that did. The following individuals and culture below will shed light on how British imperialism has affected its territories and its peoples.

From the singing of the Treaty of Paris in 1793, Britain officially claimed rule over Canada, giving Britain more power over the Northern Atlantic part of the globe especially after losing power over the United States in 1783. Canadians have held varying opinions over their British rule; the Canada First movement established in 1868 promoted "the best hope for a northern, Protestant, and Aryan race" (Belshaw). This racist view is similar to imperialist views of Britain at the time, especially with regards to hybrid identities, which will be explored further on this page.  Despite British rule, Canada was regarded as self-governing. Most of Britain's territories were also handled in a similar manner, as discovered from the above Imperialism video, in order to save money and give colonies a minute sense of control. With Canada located in America, it felt a dependency not only on the British colony but also the United State's economy, as well. The two men explored in-depth below are forerunners for Canada's opposing, imperialist views.

​So long as the majority of Canadians have two countries, one here and one in Europe, national unity will remain a myth and a constant source of internecine quarrels. 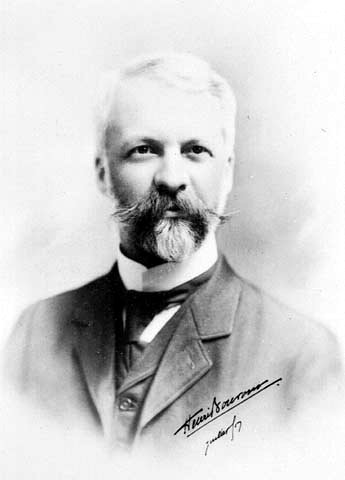 ​Henri Bourassa, photographed on the left, was a proponent for les nationalistes who were predominately French-Canadians suspicious "of Britain’s international agenda combined with a North America-centric view of Canada" (Belshaw). Bourassa sympathized with Boers in South Africa who were much like the French-Canadians in that their desire for independence from Britain was being suppressed. He envisioned Canada as a "completely separate nation under the crown" (Encyclopaedia Britannica). During the Great War, some considered him a traitor because of his opposition to Canada's efforts in supporting Britain, especially the "blood tax" involved in "compulsory service" (Canada and the First World War).

​I … am an Imperialist because I will not be a Colonial. 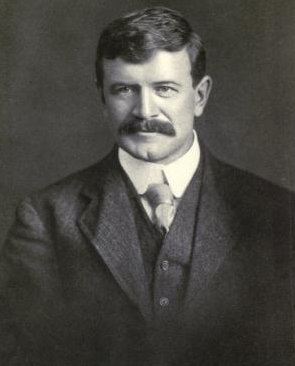 Stephen Leacock aligned with the English-Canadians known as the imperialists who held "​strong loyalties to the British Empire and aspirations for a larger Canadian role in world affairs" (Belshaw). Leacock was a writer and artist known for his humor, and he envisioned Canada as the future heir to British leadership since Canada held greater economic benefit than Britain which had been run down by industrialization (Belshaw). It is important to note that the English-Canadians did not look to Britain as their sole provider but more as a prominent, international partner.

India has been considered the "'jewel in the crown' of Victoria's empire" since engulfed by British rule in 1858 (Buda). At the beginning of the 20th century, India had an imbalance of powers within it's borders, trying to level the British, Hindu, and Muslim effects on its political powers (Buda). Gandhi's movement grew from the hopeful independence that was denied after the Great War, and his efforts led to the creation of the Government of India Act of 1953, granting "a new constitution and a wide franchise" (Buda). Despite this acquired independence, social ties between the English and Indians were strife with prejudice.
The Literature of British India

- Hanif Kureishi, "You Will Always Be a Paki" 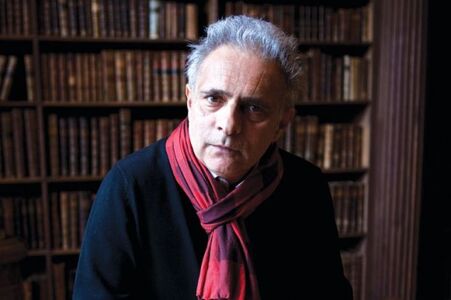 Credit: The World University Rankings
Hanif Kureishi is considered by The Times as one of the greatest British writers since 1945. Born in London 1954, his family was "displaced by a partition of India and Pakistan" (British Library). Kureishi represents the complications of a hybrid identity in English society from his essay "You Will Always Be a Paki," in which he discloses memories from what his life was like in school, how the children would make fun of him, and how his teacher "placed some pictures of Indian peasants in mud huts in front of [him] and said to the class: 'Hanif comes from India'" (888). His short story "My Son the Fanatic" depicts Parvez, a married father, who has a complicated relationship with his son, Ali, trying to balance English and Islam culture. One of the strongest lines in the story is by Ali who says, "Papa, how can you love something that hates you?" (1206). Ali critically analyzes his father's choices in adapting to a Westernized culture, and while Ali is a devout follower of Islam, he cannot fathom why Parvez has so easily adapted to a culture that hates part of his identity. 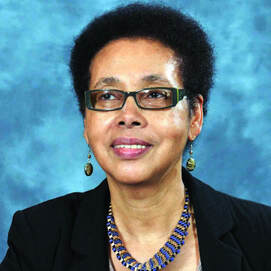 Poet Grace Nichols was born in the British Guyana in 1950 and moved to London in 1977. Her literature focuses on "the uprooting of Africans and their languages," again highlighting the concept of hybrid identities (882). Her poem, "Epilogue" begins with the above blocked quotation, which sheds light on her experiences as an immigrant to England. It also discusses the English fashion with critiques on "the fat black woman" fitting in with high-beauty standards that favor the skinny body. Her poetry is unique in that it reflects her spoken dialect, relating to the oral-history tradition of her homeland in the Caribbean. She also has a collection of children's literature, with one book called Leslyn in London which presents a "young Guyanese protagonist, a girl coping with her move from her homeland to London" ​("Grace Nichols (1950-) Biography").